Is Vigorous Exercise the Fountain of Youth?

We are constantly inundated with ads from products that claim to slow the aging process and regain our youth, without any real work or change in our lifestyle. Unfortunately, none of them have even been proven to live up to their claims. Now, researchers may have unlocked a portion of the legendary fountain of youth!

In a recently published study from Brigham Young University that compared results between vigorously active, moderately active and sedentary individuals, those in the group of vigorous exercisers were found to have a nine year biological age advantage versus those with sedentary lifestyles. There was also a seven year advantage versus those in the moderately active group. According to Exercise Professor Larry Tucker, who led the study, “If you want to see a real difference in slowing your biological aging, it appears that a little exercise won’t cut it,” Tucker said. “You have to work out regularly at high levels”.

In the program, some 5,800 participants were studied, and the impact of exercise on the length of the telomeres in their DNA was analyzed. Telomeres are often referred to as our biological clocks, and they are extremely connected to our biological ages. When our cells replicate, they shorten a tiny bit. When they shorten to a certain point, they stop being able to divide, and then they become inactive or die. In the study, those who practiced regular intense exercise saw the mass of their telomeres remain sufficiently greater to provide a biological advantage of nine years over those with sedentary habits.

Scientists and researchers have long advocated exercise as a major positive impact on our health, and now this study shows that it can also add to the length of our lives. The study also found little difference in telomere length between the moderately active and the sedentary groups. 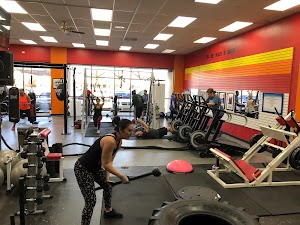 Debra Adamson
13:56 27 Sep 19
Love Pulse 45. Awesome instructors. This is my first time attending a fitness class. They made me feel comfortable and the clients there are so friendly and encouraging. I highly encourage coming here regardless of how out of shape you are. It’s for everyone!

Janice Monaco
16:06 31 Jan 20
When I moved to Gainesville 2 years ago I searched for a place to workout and was so lucky to find Pulse 45. Pulse 45 offers the benefits of personal training in a group setting. Marian, Jim and Jose are exceptional! Their knowledge of fitness & wellness will help you reach your personal fitness goals. The workouts are varied so as to provide the best results including weights & cardio. The workouts can accommodate all levels of fitness so anyone can join in and build their level of fitness. The "family" at Pulse 45 is incredibly supportive of one another so if you are looking for encouragement and motivation Pulse 45 is it!

Karen Schaap
19:04 20 May 20
Pulse45 provides a complete and comprehensive workout in an environment that is positive and encouraging. As someone who is NOT a gym rat, I have really appreciated the guidance I receive each time I work out and the ability to modify each exercise or activity to meet my level of strength and fitness. The staff is very knowledgeable and I feel like I learn something new and get the most out of each workout.

Candace Lovell
20:17 19 May 20
This place, its owners and my fitness friends who seem more like family have changed me for the better. I just celebrated my 54th birthday and am in a season of life when I appreciate how I feel, as much as what I look like. Much to my delight, I could not be happier with both! I am feeling especially grateful today. After a 9 week absence due to the COVID closure, I am so reminded of the benefits after being back in the gym. I walked consistently and did at home workouts during the 9 week pause. It does not compare to what Marian, Jim and Jose plan for me in a workout. Pulse 45 workouts strengthen my whole body and challenge me in a way that I simply will not do on my own. The attention and guidance that the trainers offer during the workouts teach me and encourage me while respecting my individual concerns and limitations. Did I mention the calorie burn with each workout which combined with clean eating has enabled me to drop 30 pounds? Love that!! I want to thank this place for reopening your doors to me and others while providing a safe and well monitored environment that we can confidently get back to the business of taking good care of ourselves!!
See All Reviews